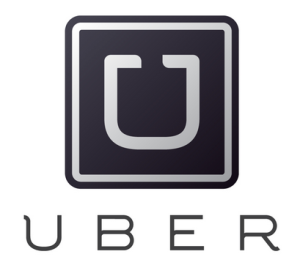 I’ve always been a fan of Uber for the strange promotions that they run (delivering kittens, Christmas Trees, air conditioners, they’ll even bring you lunch!) and not so much for the actual core service that they provide, giving you a ride…

Maybe it isn’t fair to judge a service that you don’t use all too much, I’d rather take public transportation. But, when you hear about the horrors of surge pricing, it defintely leaves a bad taste in your mouth.

I also had a negative experience during my first time using the service. However, Uber did make good by following up on a survey I completed and then refunded me $24.

A couple of weeks back I surprisingly used Uber two times in one day.

I will be upfront and say a big reason I used Uber was due to having  free ride credits to burn.

(If you don’t already have an Uber account, you can sign up with my link. You’ll get your first ride free, up to $20 and after you take your ride, I’ll also earn a free ride up to $20.)

Regardess of the rides being free, Uber ended up being extremely useful, convenient and efficient.

Although my credits were good for up to $20, we used them for short rides which only cost $8-$10. These were rides that we would most likely pay for in future situations if needed.

Here is a little about each of our Uber rides and why we used it & found the service helpful.

Ride 1: Ride from restaurant, The Dutch to the Woolworth Building We had originally planned to take the train to our destination after brunch. Since we were running late, we couldn’t take a chance of missing the train. This is where Uber became an extremely useful tool. Few cabs were driving around the area we were at (from what I noticed) plus I had a$20 Uber credit to use. I checked the Uber app and got a fare estimate of $9-$12 for the ride.

I decided to request a car and to my dismay it said the car would be by in 6-7 minutes. This was going to cut it close to the time of our tour but it actually showed up 4 minutes later.

The car was clean, the driver was friendly and safely drove us to our destination. We got there just in time. Kim and I were happy with the decison to use Uber.

Our fare came to $10.40 so the fare estimate was dead on. While I would’ve liked to have used more of my $20 credit, this was still a great way to use Uber when we had a real need opposed to using it just for the sake of it. Our second Uber ride was more of a test since we were really in no real rush just exhausted. During the day we had walked about 6 miles. After dinner we were tired and didn’t feel like walking to the train, waiting and getting back to our hotel 30-40 minutes later when we could probably be back in under 10 minutes with Uber.

I once again requested a car and was told it would be by in 3-4 minutes. Not bad. We turned our head a moment later and immediately saw our car pulling up less than a minute after our request. I kid you not.

The driver again was polite and friendly, asking how our day had been. She also asked us if we wanted the air conditioning on or windows open- very nice and hospitable if you ask me.

We made it to our hotel 7 minutes later and I’d guess that had we taken the train, we would’ve just been waiting for the train… Maybe.

Overall, I’d say that I do now better understand why so many of you love Uber.

For short trips when you’re in a hurry or just really tired, I get it. It’s the longer rides that scare me due to the unknown of what your fare might be. There’s also always that thing called surge pricing which can make this short, cheap rides not so cheap…

How do you feel about Uber? Is it worth the convenience or would you rather take public transportation and save?